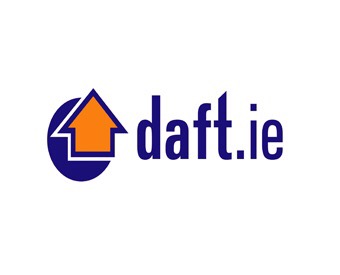 Modern Art has been around for a very long time. It’s a Reiner Knizia game but in spite of that it’s well worth a look 🙂 It’s a bidding game with a theme tacked on. Shocker. For Sale is a simple enough bidding card game not at all unlike it.
Players first wind it up by bidding on properties then unwind it by selling them off for the money available in the buyer’s market. It’s a simple and fun filler game worth your attention 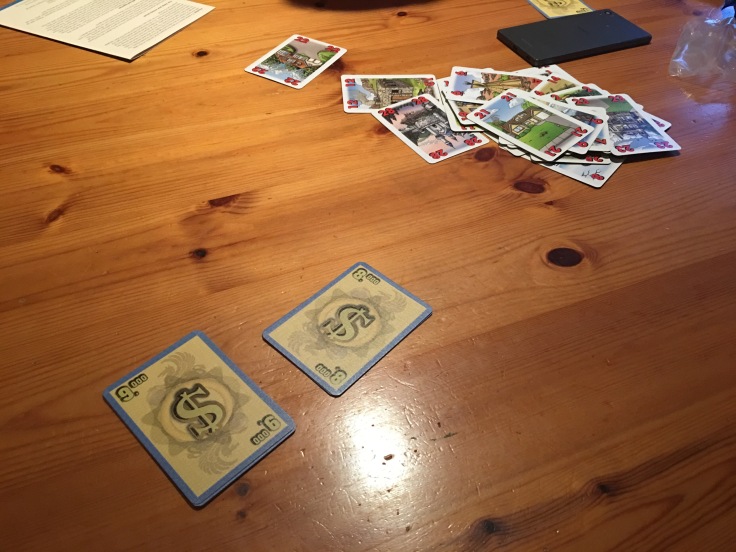 Two things strike me about the game. It’s overpriced and it’s bidding mechanic has a tiny twist that makes the game refreshing. The game consists of two small decks each of two dozen or so cards and a set of cardboard coins. That’s it. I’ve never seen it for sale (pardon the pun) for less than 20 quid.
The bidding mechanic is interesting. You bid one after the other until someone passes. Whomever passes takes the lowest value card and here’s the twist pays Half the bid they’ve made rounded down. The last person standing pays full value for the highest card. This is key. It gets away from the normal egging people on with false bids. It’s a closed pool of money too so there’s a limit on what you can do and it’s strategic bidding all the way.
The second half of the game sees a spread of money cards laid out one per player just like the house cards and players secretly put forward one of their house cards to snatch the best loot. Once all are revealed the highest house value grabs the highest money card. Since it’s a random spread of cards anything from 0 to 15k clever hand management and card counting is crucial.

So is it any good it being so simple? Yes. It really is. It’s a game that should be dry and boring yet it’s far from that. It’s got bottom. It requires quick thinking, bluffing, bullying and a head for figures. I played a buddies copy some time back and was impressed with it. I was able to get a copy at the Expo and having played it again I’m still impressed. It’s most definitely more than the sum of it’s parts. I can see some people not liking it. It’s pure marmite but I think it’s definitely worth your attention. It’s also neat and portable a really good holiday game for 3-6 players.
I’ll have it at Knavecon. It’s quick so I recommend a try.
Until then
Huzzah!
Vic