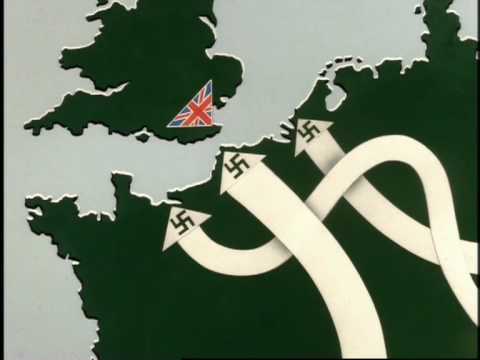 Quartermaster General appeared on my radar relatively recently and due to the combination of A) selling all my x-wing stuff at the last Knavecon and B) a lot of favorable reviews and C). A hole burning in my pocket. I invested

Let me start by saying this is a cracker of a game. It’s World War 2 in an hour plus. It’s conquest and its card driven. I’m all in

Quartermaster general is a team game. In one corner we have Russia, USA and Britain  In the other corner we have Japan, Germany and Italy. Each of theses have decks of varying size, Each of these have specific personalities. Russia has a big deck of cards. It’s a slow solid beast. It’s not going to run out of resources. Italy is flighty, lots of attacks but no staying powers. USA is slow to start but powerful and so on. Just as you’d expect these nations would have behaved and as far as I can see all nicely balanced. 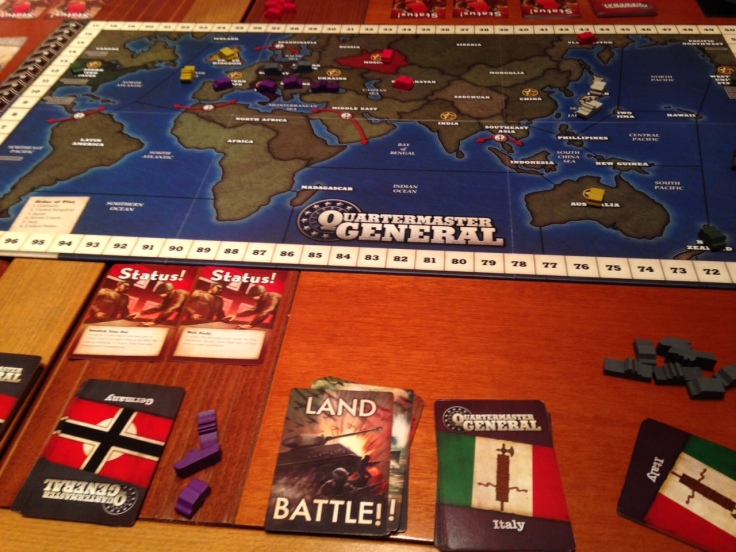 During your turn (of which there’s twenty) you play a card. That’s it. That’s your turn. You play a card and you take the action on it. Then you score your occupied supply centres.

You discard as many as you like and redraw back to seven. Run out of cards however due to zealous discarding and the war is over for you. In that respect its a little like small world your nation may continue to score points for what it’s conquered but it’s a very small matter of time that a more agile nation will overrun your prone position

The cards themselves come in a variety of flavors all of which are fool proof. Build an army, build a navy, attack, place an effect card, place a reaction card face down and that’s pretty much it

There’s a simplified world map with around twenty plus spots on it. (Have a look at the pic). Here’s where all the action plays out. Again it’s simple, each spot can hold one army (allies can share). The army unit numbers are small. Italy can field three of four armies and the same in navies. Germany can field a whopping seven armies.  This is not Risk, it’s a lot more like Imperial (this time you DO own the nations) 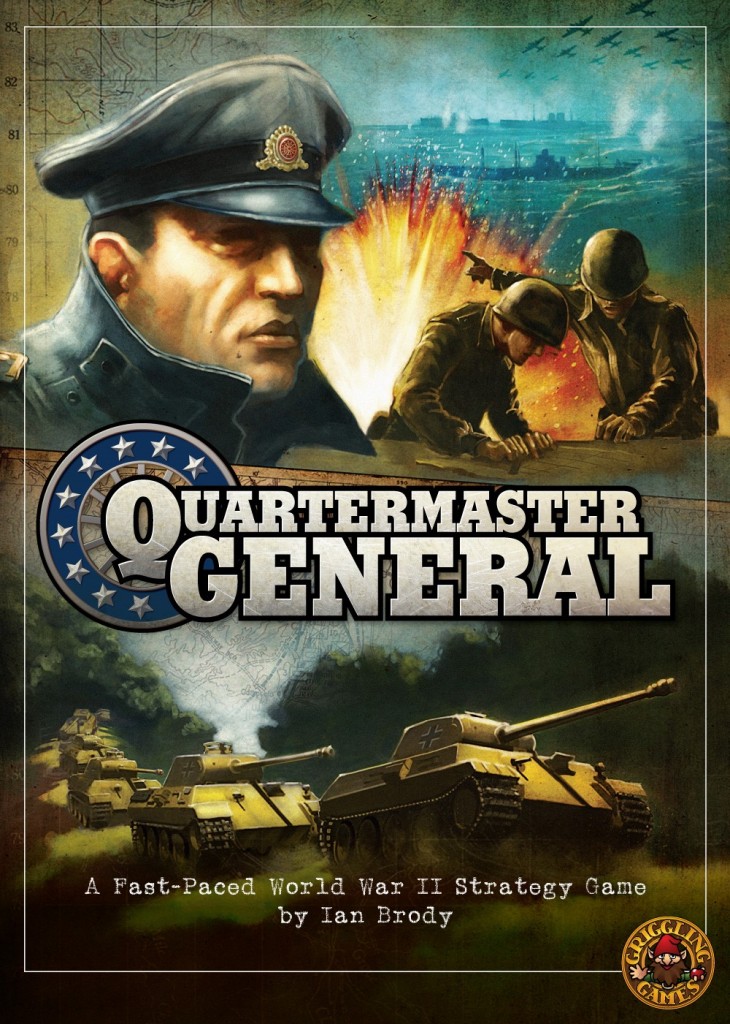 Battles are simple affairs. You remove an adjacent army or navy. Actually everything is simple, once you’ve read the short rule book everything else you need is written on the cards you play. 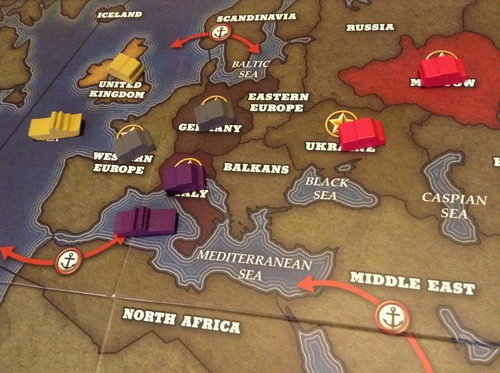 So how does it play? Like a dream. This is a tasty game. It’s suitably different, thematic, fast, tactical and a joy to play. We fought the good fight in two hours or so. Mistakes were made the 1000 year reich lasted a mere two hours so a bit of over estimation right there. I really liked the sound of this game when I’d heard about it and I really liked it in action. I can see this hitting the table a lot over the next OH LOOK A NEW GAME!  No seriously I can see this being played a nice bit over the next few months. It’s a cracker. I can also see their game system being used for any number of conflicts.

One final observation, Counter intuitively this game plays faster the more players you add. I’m not aware of ANY other games with this unique attribute.

More of this sort of thing

2 thoughts on “War is Heck”