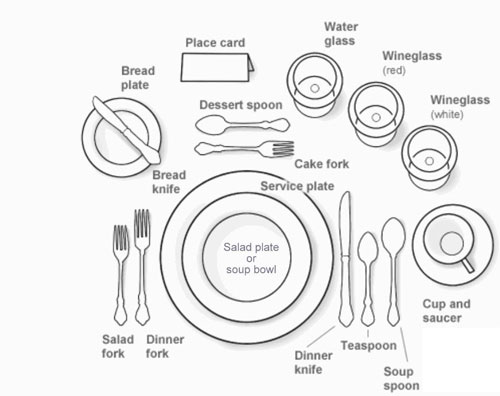 There is a joy in setting out a game. Arranging all the pieces just so in
anticipation of the coming clash. The bigger the game the better. It
feels just right when everything is laid out correctly and easily to hand.

I spoke recently about this game having played a couple of games of it
and been completely smitten. It’s a really really good game. Even if
you weren’t a Lord of the Rings fan (that lone gentleman at the back you
can leave now) the mechanics and flow of the game are still sublime. I’d
happily play any setting with this setup. Being Lord of the Rings and
being so close to what you would expect of that world it makes a
brilliant game stellar.

So why you might ask am I back here? Well…. I lost again, or more
correctly team Evil lost again, but you know what? It was fun! Let’s go back to the events of the night while they’re still fresh and I’m still bitter.

Myself and my team mate (collective responibility for losing) took the
Shadow side with the previous two good players taking their places
again.

The game was very different this time around. If you recall the nasty
hobbiteseses won last time by getting to mount doom (only just). Well we
were determined not to let this happen again and vowed to throw a bit
more resource at corrupting the ring bearer. It almost worked too (damn meddling kids). In addition to this plan we went straight out (zero kissing) at Minis Tirith in an effort to break it and take it before Strider arrived to give it all that. Again we almost did it

The good players had obviously been reading up on their strategies since
last time (evil players don’t read) and quickly Gandalf got hosed and
replaced by the new shine white version. Gandalf the white is a pain
in the codpiece

This time around very little happened with the dwarfs, they wandered
around a bit but never got roused into war, ditto the northerners.

Gondor quickly joined the fray with combined actions against them from
the southerners and Mordor hordes. Minis Tirith was surrounded in siege
and the south of Gondor was taken by a large force of Southerers despite
a few spirited defenses and sallies from them. A relief force of
gondorians waylaid the Mordor forces but a counter attack saw them greatly reduced and destroyed but not before they relieved the siege of Minas Tirth and Strider got in and assumed the role of Isildur (curses)

The second siege of Minis Tirith saw good orcs die with not much to show for it and a little over extended the Sauron forces limped away went west and north while fresh troops moved in from Mordor to keep Isildur contained. It was too little too late, Isildur and his boys wiped the floor with these but still weight of numbers beyond Gondor held them back from coming out and attempting an attack on Mordor proper.

Not so Rohan, which having joined in the war swelled it’s ranks and
turned it’s gaze on Isengard. Saruman raised a large army of elite
troops to defend and the remaining Sauron orcs bolstered with nazguls
and the Witch king took a couple of Ronan towns and harassed the large
rohan army snapping at it’s heels and threatening to take helms deep
unopposed.

The Ronan army turned it’s attention to the anoying Sauron gnats and hammered seven shades out of them while Sarumans forces battened down the hatches and awaited Ronan’s advance.  Secure and outnumbering in their defenses.

Then disaster struck as Whitey Gandalf with the aid of pippin coaxed the
Ents into not one but two attacks on Isengard, followed by the Eagles
(non the band) who devastated the uraks and followed up by a swift
approach by the reduced but still very effective Ronan army finally fell and gave up the keys for the tower.

At this point Rohan, Gondor and d’elves were doing well but paying for
their actions in troops that couldn’t be replaced (unlike the shadow
player whom had a bottomless, albeit slow pit of them).

The fellowship at this point had retreated to Lorien (because they’re
worth it) and were healing corruption, hanging out and partying while
the armies clashed all around.

Moria and Dol Guldor raised a huge host and marched on Lorien, planning
to crush them and take away support for the resident fellowship.

In the north a last ditch offensive had been put forth by the elves of
Rivendell. A plucky attack on the shadow bases of Mouth Gram. Shadow
armies were quickly raised. This was it, Isengard Uraks were mustering
to retake Isengard and it was only a short time before they would accomplish this.  Ronan was bruised and bloodied from so much fighting. Lorien was about to fall and the fellowship was still quite a ways off it’s goal. If the northern shadow fortresses could repel the elves for a while it was all over for the now diminished forces of good.  The nearby Shadow base was raising elites to throw into the fray and relieve the siege….

Didn’t work. Some fast play from the elves saw them take Mount
Grundabad in quick order and with Isengard still in their keep they won it by military victory….

What a stupendous game. The tension, the planning, the huge battles.
This was just as epic as the original trilogy and it all flew by in just
over three hours. Not bad. Not bad at all.

I’ll tell you something else. Even though we lost (again) we’re even
more fired up to play again. War of the Rings is a wonderful game. I
can see this hitting the table for a long time to come