I got to play Star Wars Armada last night for the first time. Along with Imperial assault I seem to recall saying I had no interest in playing this game either this year…… I stand corrected.  Not only have I played it I bought it.

Armada is good actually it’s very good. Is it as good as X-Wing? Absolutely. Is it better than X-Wing? Short answer yes with an if, long answer no with a but. 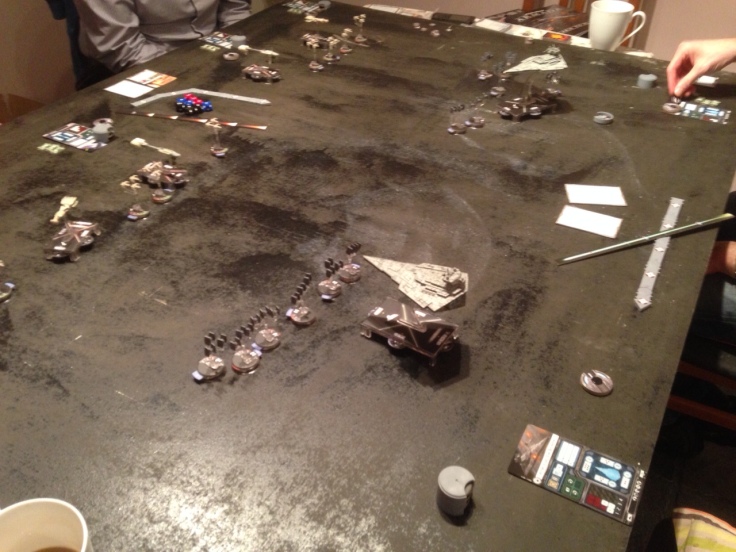 First and foremost Armada is not X-Wing with different ships, although it shares a number of attributes it’s a very different animal. Fantasy Flight have done a sterling job of conveying the feel of large ships grappling with each other (liked we’d know). It all feels right. It’s a slower more tactical game than x-wing (not that there’s anything wrong with x-wing). 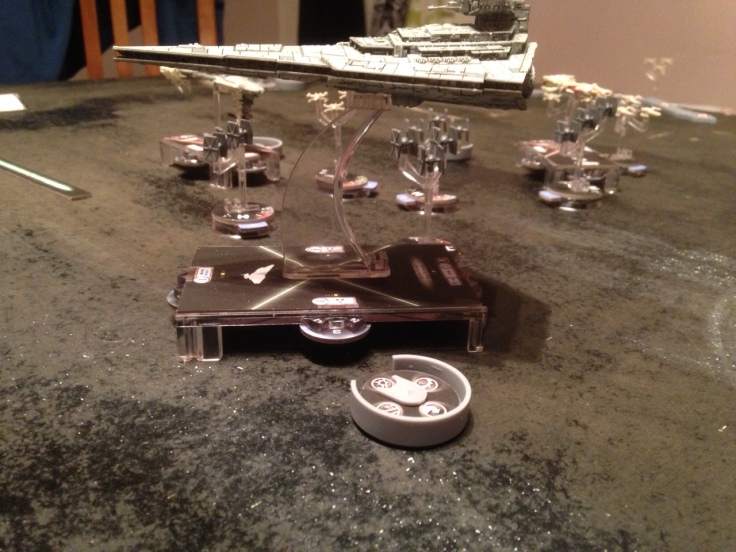 There’s two distinct unit types in the game. The hulking capital ships and the annoying little fighter gnats. Both compliment each other nicely. Fighters wiz around harassing each other and occasionally scoring hits on the big ships If not unescorted. The big ships swiping at them cows tail style while maneuvering for a better angle and lashing off their big guns at the other big ships.

I’m a big fan of the age of sail. Massive slow moving ships going toe to toe with each other. Furiously working every angle to steal the advantage on their enemy. This has that same feel. The big ships have a lot more tactical options than the ships in x-wing (not that there’s anything wrong with x-wing). Diverting damage, repairing, adjusting speed, concentrating fire and it all feels right. The ships feel big and lumbering. The imperial ships you need to queue up orders in advance. The rebel ships are more zippy and responsive but outclassed in shields and firepower. 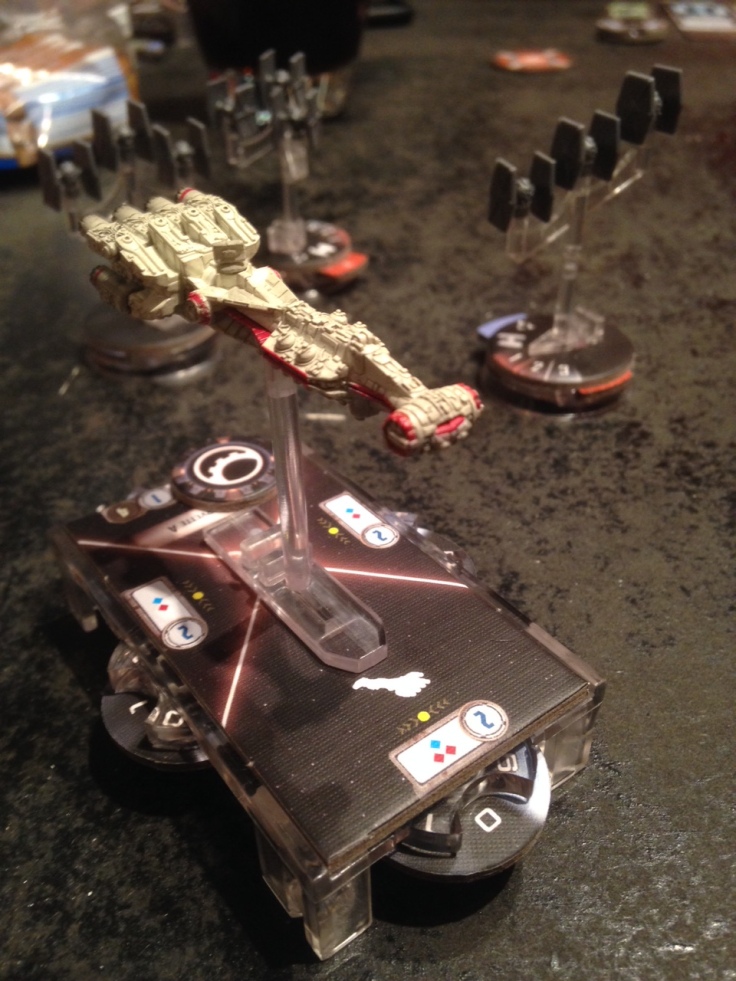 The game’s order queue is a lovely mechanic. You in advance order your ships to change speed, repair, concentrate fire or command fighters nearby. The bigger the ship the further in advance you have to book your orders. Getting these wrong when the rubber hits the road is not the end of the world by any means but getting them right just as you need it gives your ship a nice little bonus that could swing a battle.

Battles are drawn out unlike the game which only lasts six turns. You really have to work hard to take out an enemy capital ship. It’s no one shot nonsense here. Shields have to be knocked down, Hulls battered but engineer crews given enough turn can see all your brutal work undone. 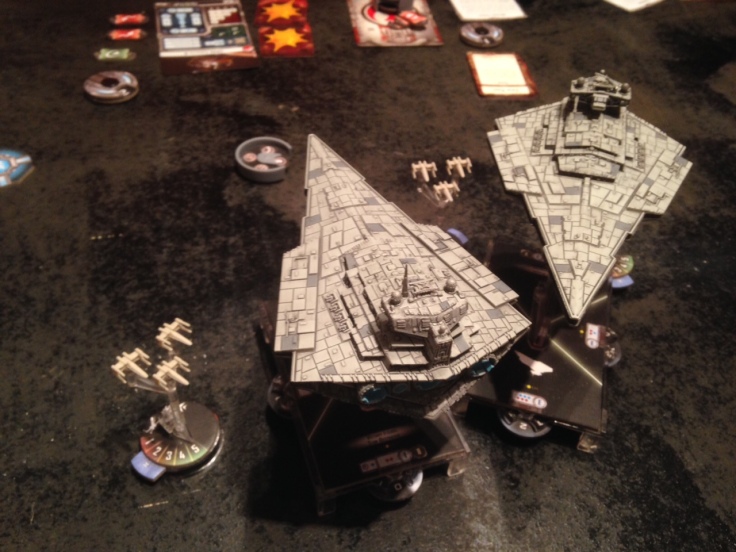 I got lucky last night and got a nebulon b into two firing arcs and let rip with concentrated fire at point blank range taking out shields and buckling her hull. A turn later I finished them off as we slid by each other. It all felt right. It all felt big ships Star Wars

The game is Dublin pub expensive. You’d get small change from a hundred quatloos for the base game and if you want to play competitively (I don’t) you’d really need to get two

The expansions are pricey too. Big ships are a minimum of €30 and squadrons of fighters are around €20.  That said you only need two or three ships for a battle (less if you’re playing imperials)

The build quality is questionable. It smacks of rushed work that will improve in time as the manufacture gets their head around the new moulds. Nothing serious but there was an excess of flash on some pieces from my set.

Storing the models is a complete Jon Snow, then again so was x-wing (not that there’s anything wrong with x-wing).

If you can live with those above negatives then you’re in for a real threat. Myself and my x-wing buddy sold all our x-wing models at Knavecon and I reckon we might sink a bit more of our largess into this system. It’s a nice game. A very nice game.  I’ll talk more about it once I’ve played it a few more times.  For now if you’re question was should I buy it?  then yes, go buy it.

Now excuse me while I brace for impact