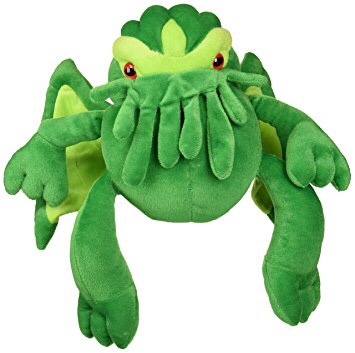 Cthulhu is the boy band of gaming. Add him (him?) to any game and it will sell like hot cakes. 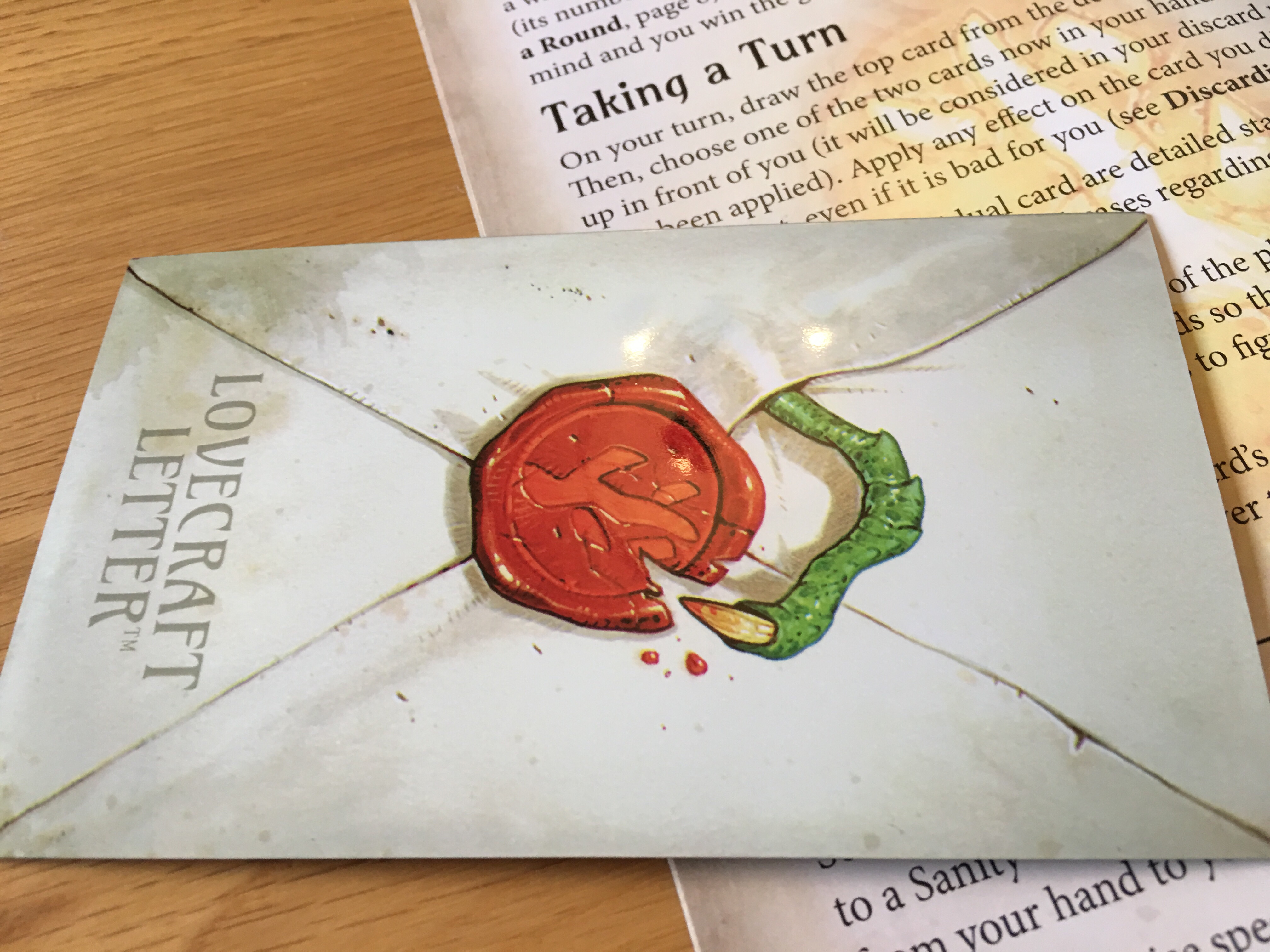 Lovecraft letter is yet another flavor of love letter, the original small footprint card game. It’s a lavish production very similar to love letter deluxe edition. The game is beautifully produced, features oversized cards with natty card sleeves and a nice furry insert (oh err missus) and decent poke chip pieces. Art work is good and the even the box it comes in is swanky. That’s the good bit

The game allows up to eight which is neat and adds an insanity Cthulhu mechanic where you can use the more powerful insane action on some cards but risk an early shower for messing with powers man shouldn’t mess with because you know, the whole early shower thing. The insanity mechanic however Is weak sauce. It makes winning a hit and miss affair

Cards on the table? (Hi ho) this game is nothing new. It’s like a version 1.2 of the original. If you have the base game or one of it’s many skinned twins you don’t really need this unless you’re a precious fan I wanted to like the game. I figured there was a little bit more depth in here but what there is is more luck in a game that’s already luck rich and way too much sudden death. I’m a big fan of love letter. If you don’t owe it it’s well worth getting. If you want to play it with eight players and don’t have the original then go for it. It’s a looker but it’s all show and pricey. Move along. Nothing to see here