Seven is a lonely number in boardgaming. Especially if you’re the seventh player and late for games. But being the gentlemen we are and since everyone arrived in twos we decided to break out some seven player (or plus sized) games. A long serving gaming buddy who was away for a while but is back again has brought back with him his love of all things card games so in the wink of an eye we were playing something I hadn’t played in a long time. The filler that is 6 Nimitz.

6 Nimitz is a controlled exercise in chaos theory. You draw ten cards each. Lay out four cards from the deck onto the table and everyone picks a card to play from their hand. The cards are numbered 1 to 104 and not all of them if even half will be used in a round so card counting is harder. Each of the rows on the table can take five cards no more, when a sixth is placed the hapless placer takes all the cards and a new row is formed. Taking cards is the last thing you need to do. Cards are worth varying amount of points (usually one but sometimes as high as seven) and it’s the player with the least points at the end that wins. So dump your cards and don’t gain any.
To get your cards out (oh err missus) you pick one along with the others and all are revealed at the same time. The lowest card goes first and slots in after the closest value card below the one played. Sometimes you can’t get a break because your cards are lower than all the cards on the table so you have to just suck it up and take a row into your negative scoring discard pile. Sometimes the bases are loaded and you wind up being the sixth card in a row and taking the lot. Equally you might slide in just before another player and force them to take a row. This is fun, actually this is the sizzle seeing others getting screwed over by your rough plan. 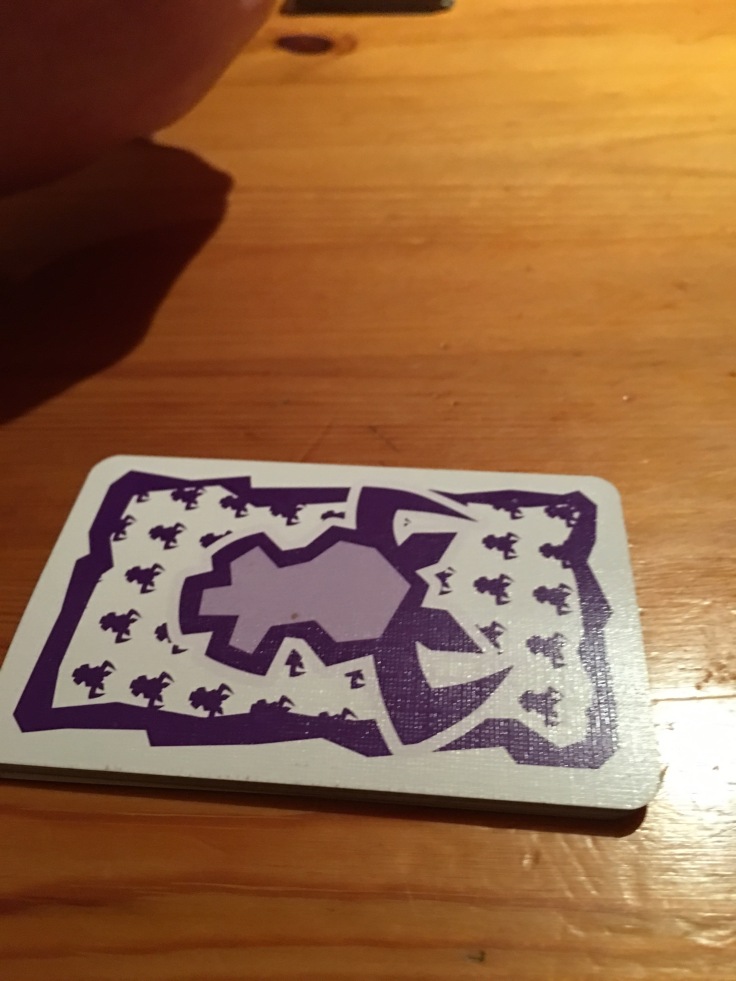 There are tactics here. You have to adjust to every round. There’s luck. You could by accident wind up just missing out on losing a round. It’s fun. It’s certainly not a serious game but it has enough traction and skill to be enjoyable. It’s not something you’d whip out regularly but it’s a welcome change that shouldn’t outstay it’s welcome like an interesting relative.
It’s cheap. It’s simple. It’s filler. It’s fast. It’s German. What else could you want ?
Huzzah!
Vic

One thought on “No Sechs were Irish”