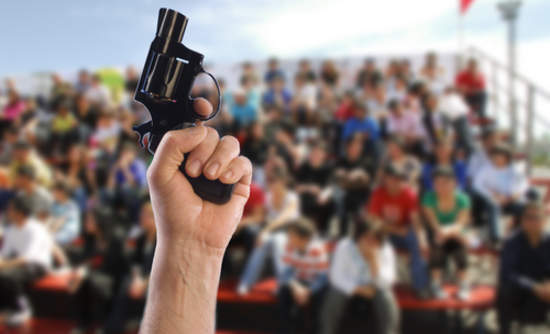 “I’ve SEEN things you people wouldn’t believe. Level 4 gyms on fire off the shoulder of Ballina. I’ve seen Charmanders glinter in the dark near two mile gate. All these, Pokemon will be lost in time like.. tears.. in rain.”

I can’t lie, I find Manga a bit weird (and this is coming from a gamer). I liked Akira. I liked My Neighbour Totoro, I liked Final Fantasy. After that it all seemed a bit precious and pervy in equal measure. way too many tentacles and school girls. I was never really into Pokemon but I was aware of it in my peripheral vision and I admit I did get hooked once on the very first one on someone else’s black and white Gameboy. They were lean times. Flash forward to today and I’m battling a couple of school kids at traffic lights for control of the pub down the road… (I lost BTW)

Pokemon Go has exploded like skateboards, Frisbees and zogabongs as this summer’s craze and I have no doubt it will disappear in a few months but while it’s here, it’s proving to be a LOT of fun. What’s more I have no doubt whatsoever Pokemon Go is the harbinger of better and probably more fatal things to come. Sure there have been multiple attempts at GPS based games before, geocaching has been around for decades but it took a big name like Pokemon to break on through to the other side (you’re singing it aren’t you?). People and more importantly school kids are waking up to the possibilities of Augmented Reality games.

I’m not going to get into a detailed or more correctly any type of review of the game. Chances are you’ve read all about it already or you’re already playing it, maybe as we speak. There’s loads of stuff about the game out there, it’s not super complex. The main thing to think about is, it’s just so much fun and it’s making people act differently. I’ve spotted dozens of players out there playing in spots where I’ve arrived. It feels real and there’s a huge visible presence. We’ve all seen the videos of central park where mobs of people rush to get a particularly rare Pokemon. The game is fun for any number of reasons. Exploring and finding new spots with gyms or pokastops is fun. Better still if you find one that no-one else has. leveling up is fun, it doesn’t feel like you’re grinding. Attacking a gym is fun even if you lose. just checking places you’ve been to before and seeing the balance of power shifted is fun.

Niantic have done a fantastic job on this game. In case you’re interested Pokemon Go is not new per se. It’s based on another game by Niantic called Ingress and in which the developers combined goggle maps and points of interest with GPS usage data to come up with a fairly simple map with nodes of high activity used as spawn and key locations. I understand 90% of the data from Ingress was used reused for Pokemon Go so gyms appear in areas with high physical footfall and pokestops appear on points of interest on the map. I’d love to see the code behind it because so far it’s been pretty much perfect in my explorations. Ah the dark gods bless Google and their big brother data gathering ways.

Now since this is relatively new and some people don’t understand it it’s inevitable that Sun newspaper readers and their peers with embarrass themselves on Facebook saying how stupid it is before they go back to whatever it is that challenges their little intellects. I like it, it doesn’t affect you, please don’t infect me with you’re stupid.

Pokemon Go is a first step. By the end of the summer only a few die hards will still be playing, everyone else will have figured out the economic model and moved onto something else maybe even a different AR game.

I see big things in the future for this. BIG things. Since it’s my rant Here’s what I want. I want a AR wargame. I want to ‘fly’ a bomber with my buddies shotgun and in other cars/bicycles more buddies flying fighter escort. I want to penetrate the air defences of a village someone has setup virtual Anti Air Defences in under the orders of a general who controls a whole county. I want to dump chaff when I the missile warning lights on my phone go on, I want to see missile streaking towards me. I want to time my bomb run just right, take out the primary target and escape up some back road, avoiding fire and punching the air and turning up the volume on flight of the Valkyries. (It’s possible the guard that arrests me up the road will be a classic music fan and let me go Or more likely the commander of the village and he slaps me with penalty points). I want this and more and it’s coming, Pokemon Go is just the start. The era of people living on different AR frequencies and working in gameified jobs is just beginning.

The Genie is now out of the bottle and there’s no putting him/her back in.  Welcome to the future…..

What’s this got to do with boardgames? not a lot just yet, but hey, Made you look!