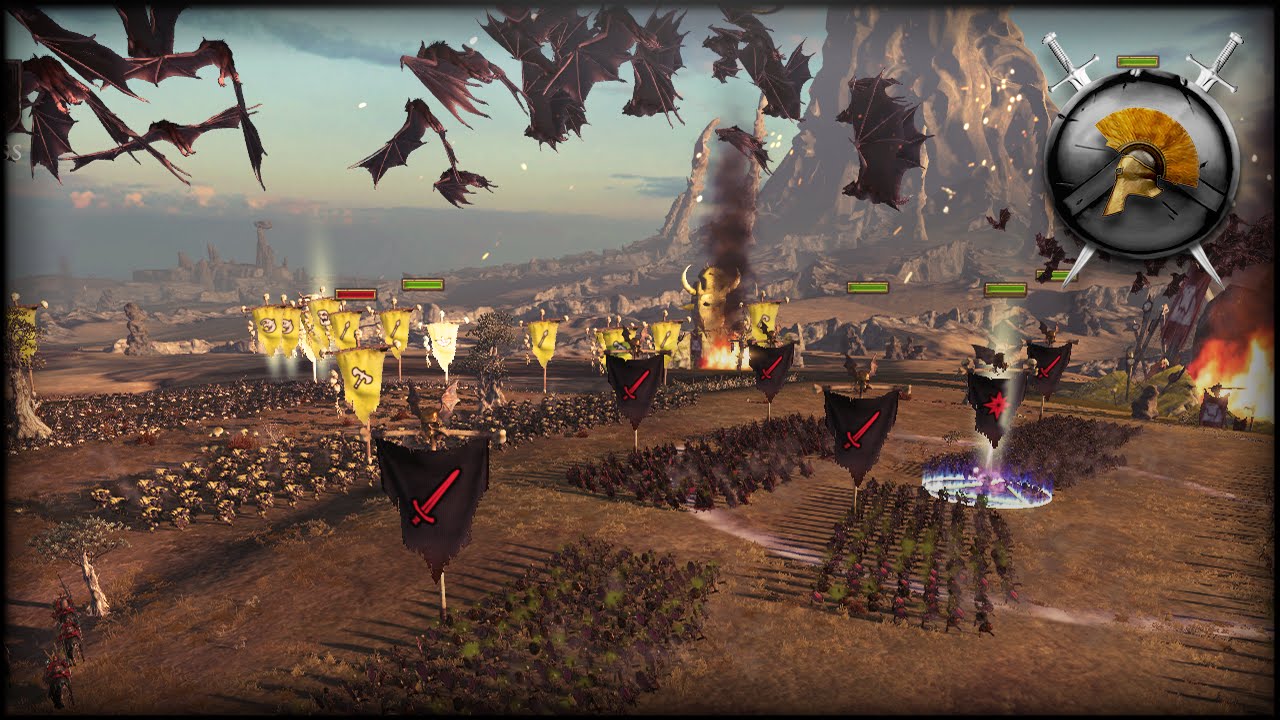 Got to play Multiplayer last night for the first time and was summarily handed my Keister (sign here and here) by an online gaming chum, not once but twice.  I offer no excuses

So what’s Multiplayer like?  It’s excellent.  If you’ve played Total War before you’re in familiar territory.  I played as dwarfs and came close to winning the first time against vampire counts.  I was hammered soundly by Bretonians.  Yes Brets. The multiplayer battles allow up to 3v3 with six races in there.  Empire, Dwarf, Bretonians, Chaos, Vampire Counts and Green skins.

I was impressed with the graphics engine.  I dialed the detail all the way up and it was still as smooth as silk.  The game looks gorgeous.

I think they have the versus battles down pat.  It captures the spirit of Warhammer really well but is still very much Total War.

Now the multiplayer campaign is a different matter.  it IS only two players but can be played versus or co-op. Also Brets aren’t in there for campaign. I would have liked more players but it’s OK we can do our campaign map outside the game and do our battles online (I have a plan)….

Right, that’s your lot, back to work

2 thoughts on “Stories from the front”