I like Firefly. I’m sorry it was cancelled. It’s a great series. Granted I wasn’t sure about it at first but it grew on me very quickly and like pretty much everyone in the verse I knew it to be a classic.

Gale Force Nine make good games. The other thing Gale Force Nine makes is good expansions. Firefly is a big solid game that captures some of the spirit of the TV series. You tool up your ship with crew and gear and blast around the map completing missions whilst avoiding the Alliance and the Reavers. 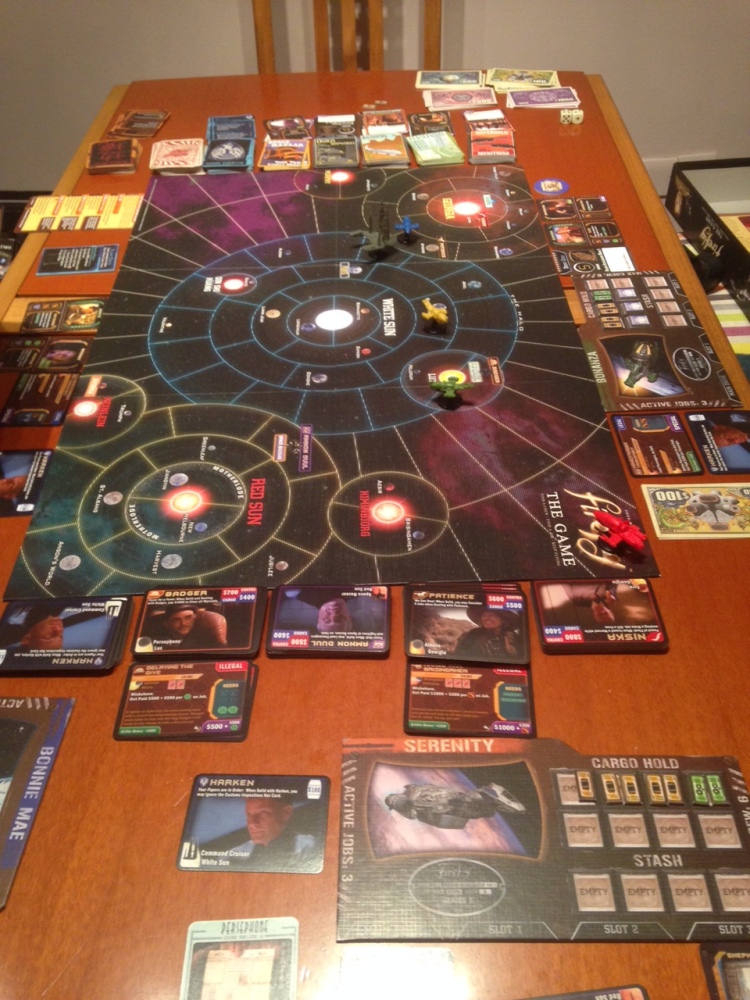 The problem with the base game is like a good trailer for a bad movie that’s all you get. You zip around completing missions. The fact that other players are having this experience along side you is neither here nor there. Apart from maybe moving the reavers or Feds like mobile speedbumps you don’t really interact with other players. In fact (and you might consider this a plus) you don’t even have to make eye contact with the other players. 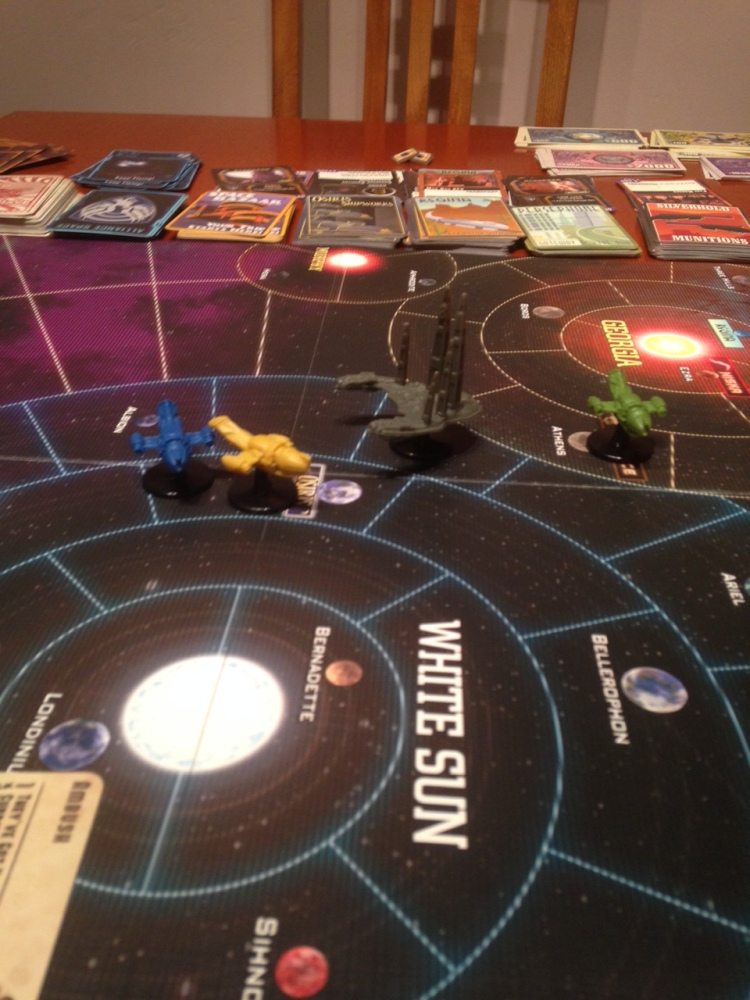 This is not by any means a bad game. It’s solid. Its thematic, It’s fun but for me the lack of interaction leaves me cold. From various sources I’ve heard you really need the Pirates and Bounty Hunters expansion  before it becomes interactive but for me an expansion shouldn’t be essential.

I’m going to play it again and I hope I’m missing something. For a game this big (and boy does it take up a lot of space) it’s missing in its base form the most important element of any game. The ability to point at your gaming buddies and shout “Ha!” as you get one up on them.

Let’s try it again before I pass judgement

2 thoughts on “Aimin to Misbehave”