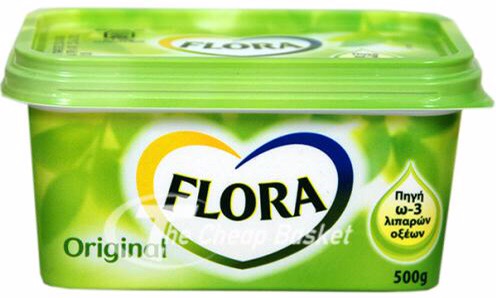 Fauna is another kids game that works great with adults to. To study for it I recommend DVD boxed sets of Dora the Explorer followed by Diego or just have a some children and suffer a couple of years watching these two super positive Hispanic kids describe their recent acid trips.

Fauna is simple. It’s features a hundred plus double sided cards with a variety of top trump sort of information on a particular animal. Height, weight, tail length and more importantly where it lives.  What we experts call its habitat

The game comes with a nice board showing the world with around thirty locations and not to be ignored a number of sea locations. (These are vital)

A turn runs as follows, one player pulls the next animal card and shows it to the nice people gamers. The bottom half is hidden (the answer bit) but some indicators on the top half feed you a bit of info. A sketch of the animal. It’s name. How many locations in the world it lives in and so on.

Now players take it in turn from the first player to place one of their limited cubes either on the map to show where they think it lives or on the spots on the map with number lines for height, weight And something else I cant remember are. Maybe stool size. Play continues around until everyone passes and then the answers are revealed to hoots and curses

For all answers you get right you score points and get cubes back. If you are close with an answer you get less points. Oh btw no two cubes can occupy the same spot so going first has its advantages if you’re sure about the answers. Screw up and you risk your future scoring by not having enough cubes to capitalize on stuff you do know in future turns.

Some questions are worth more points because an animal might occupy a single or very small amount of regions.

The reason the seas are vital are they abut lots of regions so jumping in there you’ll be close and might score a some points by accident.

It’s a very simple game. Works really well with kids and surprisingly well with adults. It’s educational too. This would make a great classroom game (alongside diplomacy)

I very much doubt that and how we’re all not washing ourselves with rags on the end of sticks is beyond me.

Two cakes AND donuts from Dungeons and Donuts which as you know are the best Donuts in Ireland.  Yes they are.

Krystian from boardgamerguys was in Limerick this week so he swung by to join us for gaming. He brought along a few games for us to try.  You might remember he and his wife were running the Dobble demos at Knavecon 3

First up was Fauna which I had heard of before but never tried.  It had the essential trinity of ingredients 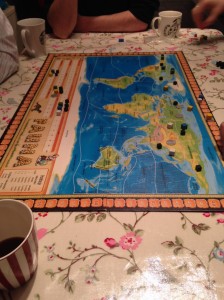 Well in truth I’m not sure if it’s a Polish game as such but this version was in Polish and I’m sure kids would love it.

It’s a sort of Top Trumps/Trivial Pursuit map based game.  Unusual I hear you say.

Players start with six betting cubes which they use throughout the game.  A game last up to a certain score (in this case 80 with six player) and a number of rounds are played until someone crosses that finish line. In this case by Krystian, but we claim foul as the game was in Polish, Krystian is Polish and several other reasons I’m sure we can come up with.

Each round an animal is shown with it’s vital statistics hidden, say a White Rhino and players take it in turns to place betting cubes on

Sounds like a kids game but it’s not bad at all.  during a round you can bet on one of the four above or pass, once everyone is passed the actual details are revealed and scored accordingly.  You get points for being bang on and half points for being close.  If you get it bang on or close you get your betting cubes back for the next round otherwise you start the next round at a disadvantage.

It’s quite a tactical game with a lot of cock blockery, quite fast and a surprising amount of fun.  There’s a great reply value as there are hundreds of double sided animal cards and we only went through a half dozen in our game.

I could see myself playing this again, possibly in polish.

Next up was a revisit to Infiltration with the correct set of rules for the alarms learned.

I like this game. The whole get in, steal as much as you can and get out makes for a great tense game.  The game designers only missed two things in this game

NEAR the end and it was not that close, rather than let me win, one of the players decided he’s end the game for EVERYONE including himself so no-one won.

I have to applaud that sort of play

Another Polish game which I’ve quite forgotten the name of  Forjaf or something like that.  Again the magic trio ingredients we’re in place.  I’m really liking the whole Polish vibe.  They really know their games

This is a simple bluffing game with a clever swap feature.  It’s sort of unusual as well as the idea is to knock one player out, that’s it, no winning for anyone, just one person losing. I like that too.  As you know it’s not about the winning its’ about the others losing

We rounded off with a bit of Coup then time to talk rubbish, finish our coffees and go home

More of that soon and more of MrSaturday’s 40th