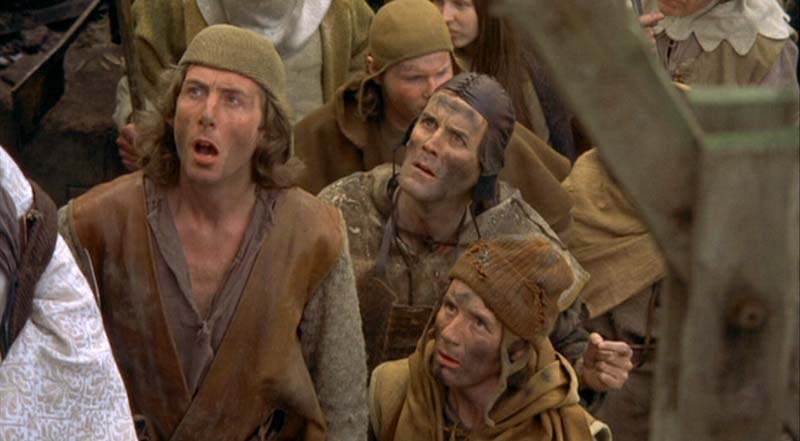 Guns and Steel is a thinky Filler. A Civilization game played out in twenty minutes or so. It’s cheap, fairly simple and surprisingly good. I SAY fairly simple but the whole Fibonacci series resource mechanic can be confusing at first. Each turn you place a resource (the back of the card) and an action card (the front of another card) and take the action. You also get to buy a card from the technology pyramid of cards on the table.

As the game progresses your small hand of cards increases in potency and new resources from the starting food and metal open up to you along with better actions and more beefy military units.

Military is simple. Some cards have spear symbols on them and when you call and attack you count how many spear symbols you’re bringing to the party and woo betide the players with less. At best they will temporarily lose some resources or at worst have to hand over a wonder of the world they built/stole.

Beside each row of the ziggurat of tech cards is a wonder card that requires a particular combo to win. So it might be having 3 strength in military or having such and such a level of resources. Wonders give you big points along with the various bought cards.

For such a simple game there’s a lot of Depth here. There’s a lot to think about. Which cards to angle for. Which cards others have taken. When to draw your hand back in and get a fresh run but expose yourself defensively. When to Risk an attack or do a small one to deny an opponent resources then do a better one to steal their wonder.

I really like this game. It seems clunky in the first few turns but it suddenly clicks and it’s a turns into a sick experience. It packs a hell of a punch giving you a lot of the feels you’d get from a much bigger longer game

I’m going to pick up a copy. It will be at Knavecon and definitely worth fifteen minutes of your time