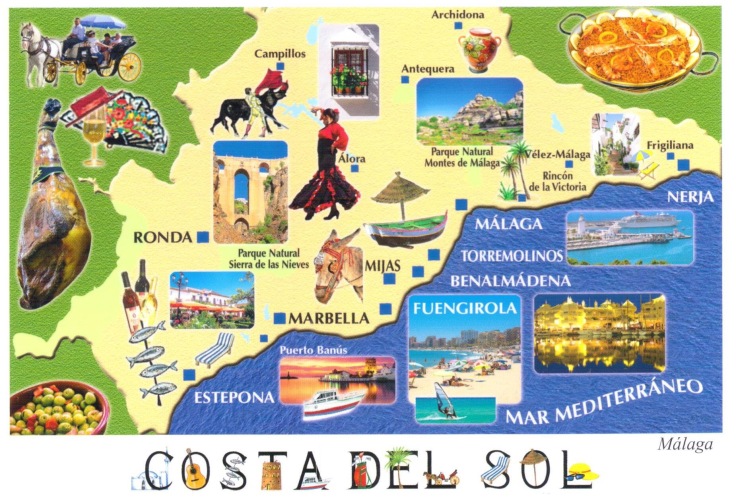 My favorite type of game is dudes on a map. Have always loved them since Risk and Diplomacy got me into this hobby and I'm always up for a bit of map based conquest. Doesn't mean other game types are bad I like those too but dudes on your border rocks my world.

Enter Mare Nostrum a new ancient empire conquest game set around the med. For me it's the spiritual successor to conquest of the empire but plays out a lot more quickly and demands half the footprint of that venerable old warhorse.

Players take the role of one of the leaders from that era (Cesar, Cliopatra, Hannibal etc) and a fixed starting position of cities, temples, resource routes, markets, legions, forts and ships. The last three are there for conquest and protection the rest are about accumulating resources to build more economy or raise military units to ruin someone else's day. It's a classic formula. We've seen it in Antika and numerous others games. But that's ok because this game does it really well.

Mare Nostrum is both an economic and a combat game (mostly combat when I played it) the game sees you building up your economy by harvesting sets of unique resource types available on different spots on the map. There's 12 different resource types in total plus gold. They all do the same thing. Get three unique ones and you can build stuff or stick control flags on nearby neutral areas. This reminds me a little of Avon Hill Civilization. 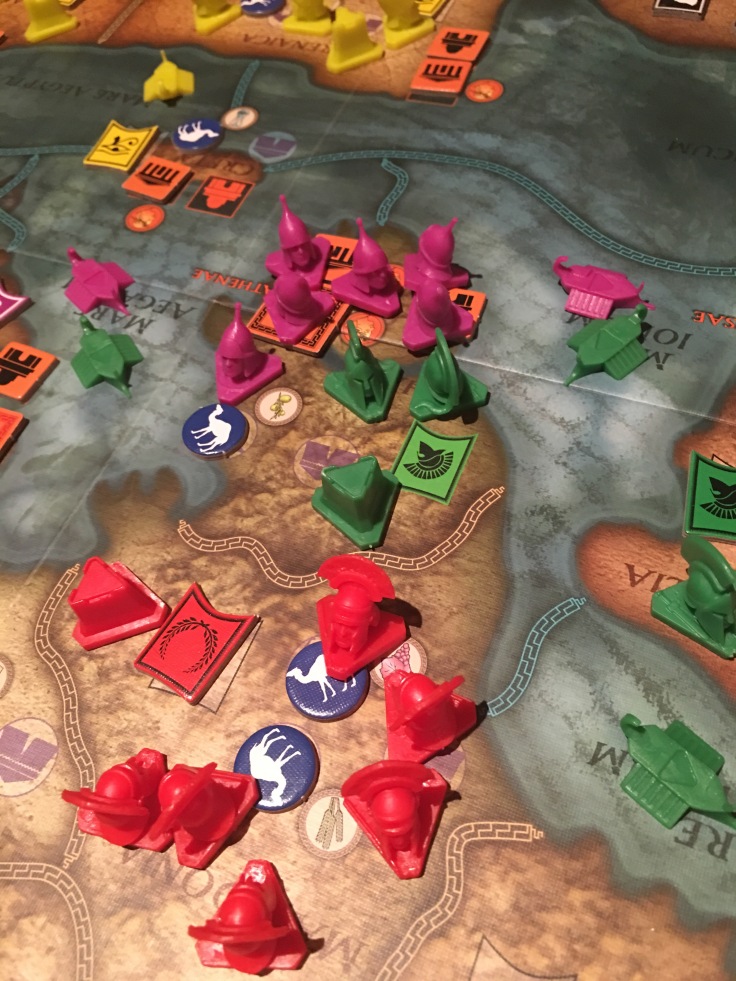 There are a number of pretty swift parts to each turn the turn order of each dictated by the strongest player in that discipline. Trading sees you swapping one at a time resources with other players. This is swift and whack a moley.

Conquest. Here you move ships and men then kick off a fight and loot or occupy regions and trade routes. Fighting is dice based with some nations having various bonuses. Fighting is very interesting since the strongest nation calls the order of player turns. It's all too possible to have someone sweep in as the last player and put paid to a hard one victory.

What's particular interesting in this game is the different paths to victory. Control 4 capitals, build the pyramids, be ahead in all three categories (culture, construction and military might). Swapping strategy mid game is quite possible. It's also fast. You could conceivably win in an hour (our game lasted three).

The issue I have with a lot of map conquest games can be turtling and lack of expansion. I've played some games where you don't get far from your capital and encounter maybe only one or two players. When I play a game with four, five or six players I want them all to have an impact. I want to be threatened and threaten all of them potentially. The short hop by boat opens the map out nicely. You're never too far from any enemy. At the same time it's possible to dig in and defend yourself but it's not unassailable and tying up resources like this will cost you the game. The balance here is well done.

Something I haven't felt in the last few games I've played is the urge to play again and quickly. I thought about this game the next day. How I could have played differently. Effective strategies. Mechanics. Wether I should get my own copy. This is a fun game well worth looking at. 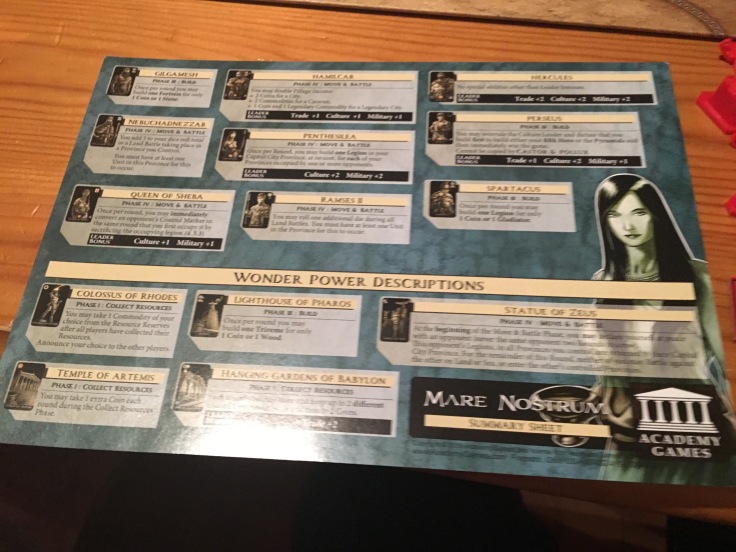 The game looks good. It's a busy map but not overpowering and all very clear after a round or two. Build quality is good with a number of deluxe add one and replacement pieces. There's a number of additional optional rules which I didn't play but all look interesting and I will investigate in time.

There should be a few copies at Knavecon on the 2nd September. Once again this is one I'd Pencil in on your dance card if map conquest be your pleasure