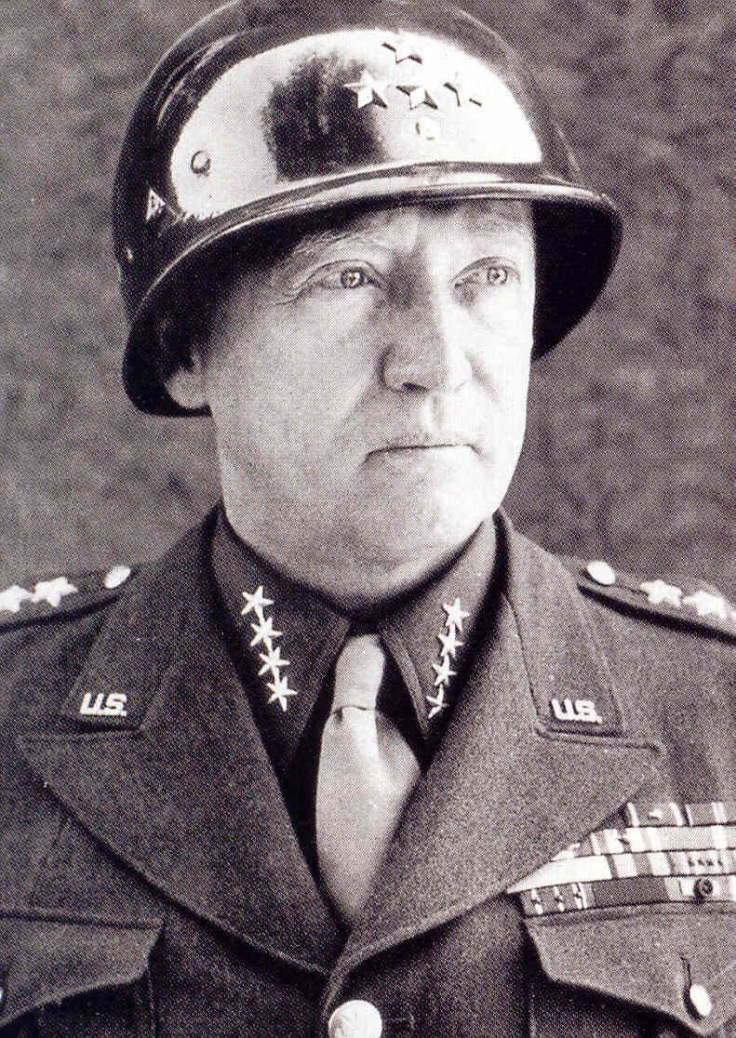 Race for the Rhine is a game I picked up from the (very nice) developers at the U.K. games expo and have been dying to play for some time. I had a quick demo play of it at the con and I really liked it.
Race for the Rhine sees three allied Generals (Monty, Patton, Jo Brand) at the conclusion of the Second World War vying to be the first to get their troops through France (or Fronce if you prefer) and across the Rhine into Germany. For the good of the free world or more accurately glory and medals.

The game shows a sideways not to scale map of France with a network of strategic points and a web of connecting roads. The idea is to make your way from the supply points in the west all the way to Germany in the East. Good luck with that btw it’s quite a tall order. The first one over the line wins the other absolutely do not. Along the way you may pick up medals for winning battles, taking tough objectives and feeding starving Frenchies. Should no one make it all the way to the Rhine by game end it’s the one with the most ribbons on their chest that wins.
A turn consists of each player doing two actions each of which will benefit them and quite often inconvenience your allies. Grab resources (fuel, food, ammo) from the collective pool and stick it on your mustering point. Move one of your corps (which takes fuel), requisition trucks into your hand. Lay down some trucks to setup a supply line and bucket brigade supplies along it. Once you’ve done two of these you flip and take the role of the German army and stick down another German token from the advancing counter attack stack across the Rhine. Obviously make sure to place it where it will most inconvenience your allies 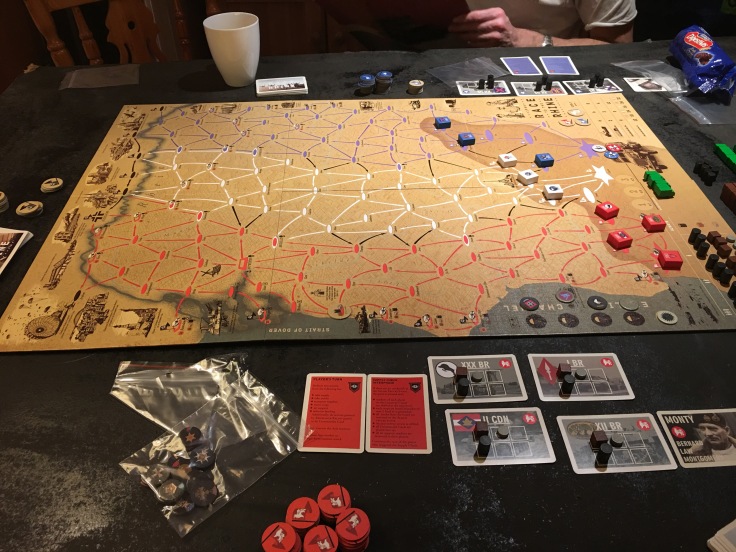 Moving corps (armies) causes you to flip discovery cards from your stack when you enter somewhere you hadn’t previously conquered. You might encounter some light German resistance, starving civilians, helpful partisans, a supply cache and so on. The cards also feature no events but cause the weather to change from sunny (all good) to stormy (your Air support can’t fly). Now advancing slowly towards you is the German counter attack if you move onto a token placed by your allies at the end of their turn you’ll face much tougher opposition that will cost you a lot more ammo and fuel to defeat but may get you a medal for your trouble. It might also cause you to retreat or worse still burn too many resources and get bogged down and require rescue in the form of precious resources
That’s pretty much the gist of it but there’s more rules for helpful air support and recon, triggers for having to feed your troops. Having corps get bogged down because of lack of supply and cut supply lines. Forward mini supply bases. Lots really but all logical and thematic.
The game is pretty unique. I can see shades of a few different games here but this is quite different to everything else which I really like. Firstly you’re all technically working together but at the same time you’re cock blocking your opponent’s big time. There’s several game ending triggers which you need to keep and eye on and rev if you’re ahead. The sides are not symmetrical and each of the commanders have special abilities. Likewise the physical path through France varies depending on whom you pick to start with. I love all this 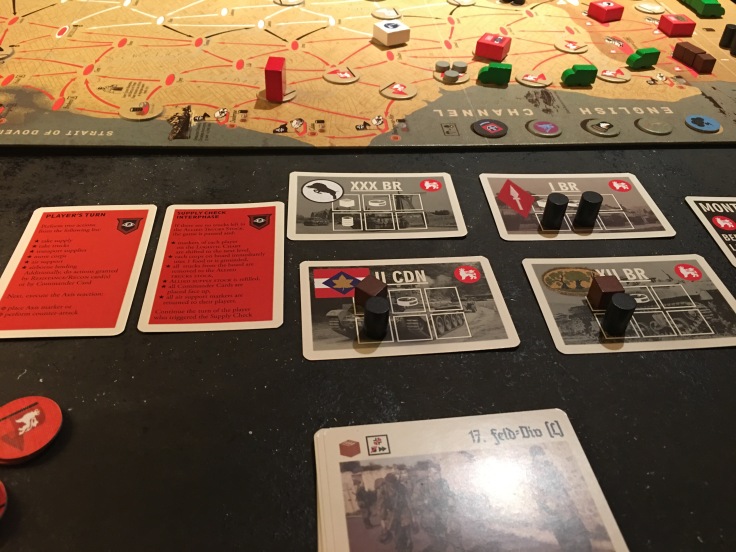 Production values are excellent. Chunky wooden army corps and meeple trucks. Lovely thematic artwork and good quality card stock. The rules can be a little overwhelming at first and suffer from iffy layout but nothing insurmountable.
The only negative I can find and it’s a venial one is it’s three player and it’s rare I get the right numbers to play it. If you’re ok with that, you like different and WW2 go for it
Last one across the Rhine is a rotten egg
Huzzah!
Vic