I recently picked up a copy of Eclipse dawn of a new blah on steam. It’s just been released on the PC.
Now I’m a huge fan of eclipse. I’ve had the boardgame and the first expansion for ages and have even played a nine player (which was less chaotic and faster than you would think). I’ve had my greedy eyes on the electronic version since the iPad (which I don’t have) version was released and I was looking forward to the PC version coming out. Guess what! It’s shit 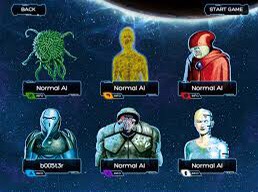 Now to be fair some board games just don’t lend themselves to electronic conversion and Eclipse is definitely one of them. That said the developers did a really bad job here. Where do I begin
First and foremost the interface is clunky. Lots of slide out menus reminiscent of a DOS game trying to be too clever. There’s no graphics settings so everything feels like it was designed for 800×600. Uninformative status displays. Dull graphics. Menus that sometimes disappear if you double click rather than single click and stop you from continuing the game. No save game. Very poor zoom (You can see only see ten hexes at most). I’m going to stop there but there’s more

What’s worse is there’s so much wrong with the game the developers will never get it right unless they scrap it and start again which they can’t.  I’ve no issue with a developer making a dogs of something while they are learning their trade but why did it have to be This game
I didn’t bother with multiplayer. It was pointless.
It’s a real pity. I love the board game and it’s not going to win any new fans the way it’s presented. So I’m going to cleanse myself by playing the real thing and for the first time ever. I’m going to ask for a refund from Steam
Bad show all around
Huzzah!
Vic
Update : goddam I played it for over 2 hours so I’m stuck with it now. Lose lose.