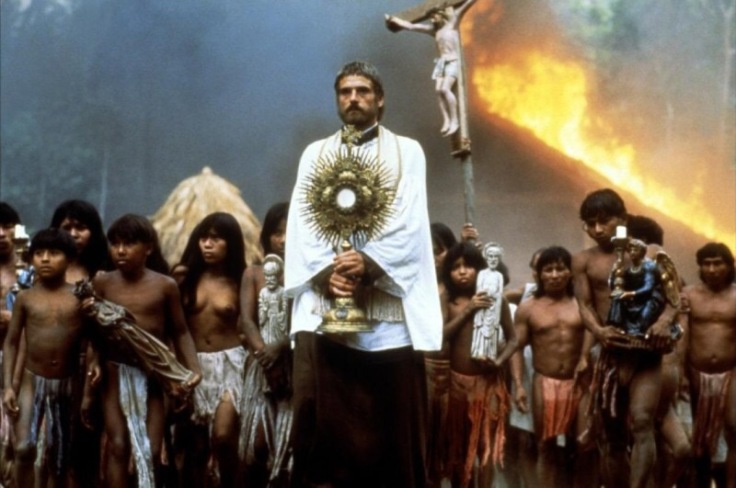 It’s been a number of years since I played it and taking it back out again at a recent games night made me remember what I really liked about it. The player interaction or in our case name calling, cursing and triumphalism.

E:AOD sees up to five players (six with the expansion) setting out to discover and exploit the new world in the 1800s. (North and south America). You start with a number of eager colonists and take turns placing them, one at a time on various spots on the mustering board. So it’s worker placement but there’s also a little (or in our case a lot) of skirmishes thrown in there as well.

Key to your strategy is grabbing those key spots before anyone else does. These grant you access to initiative (player order), trade goods (having sets of these generates gold), the docks (allow you to send colonists off to already discovered locations in the new world), civics (allows you to buy age specific bonus yielding events and amenities), specialities (allow you to recruit special colonists like soldiers, captains, missionaries and traders) and finally conflict where you can issue orders for your in place soldiers to fire their weapons at another player’s colonists. 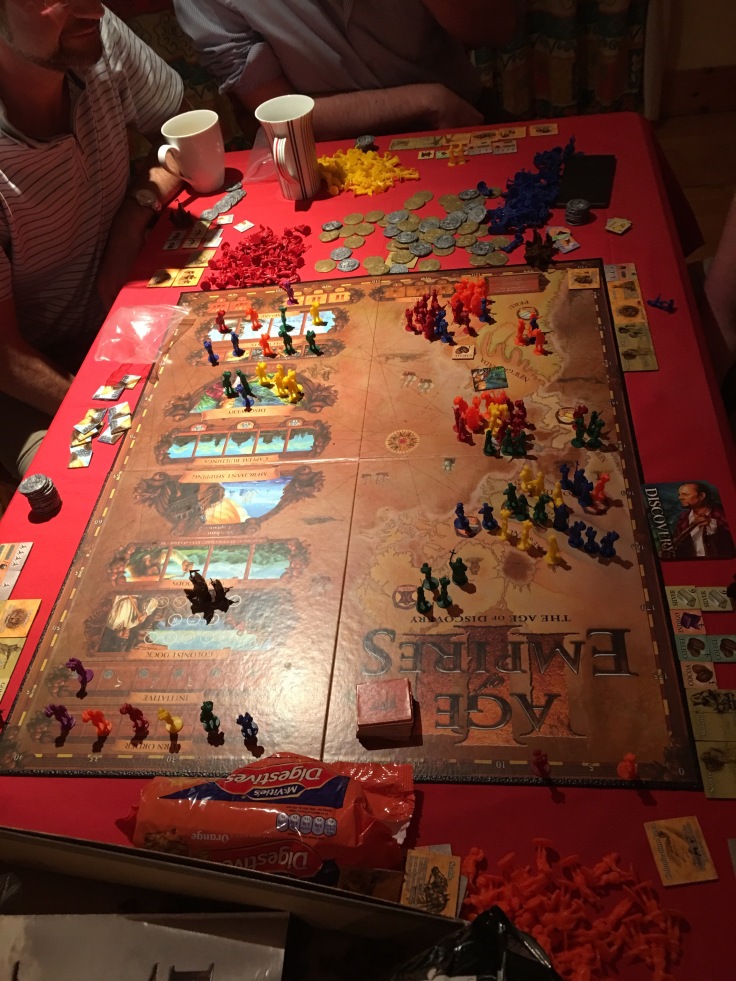 As the game progresses over eight turns new ages arrive offering new and more powerful (and expensive) civic cards and between age shifts see points scored for having the most and second most settlers in regions. This is where conflict comes in where you want to whittle down the enemy or out settle them to claim control of an area.

Production values for this game are high. It’s full of models none of them particularly good or high detail but more than adequate for the job just like the ones in War of the Ring. I particularly like the nice plastic gold dabloons which are definitely the best coins in any game I’ve seen. I haven’t seen in person the newly released version but from the pics it looks even better it’s also as pricey as all get out.

The game is fast with little downtime. There’s no dice in here so it’s all down to decisions and there’s just the right level of vindictiveness available to you. Theme is good. It feels right for the era and gameplay is solid and slick. The whole thing reeks of quality and well thought-out-ness.

I’d have no qualms at all recommending this game. It’s pricey but it’s a game you’ll come back to again and again. Top marks
Huzzah!
Vic