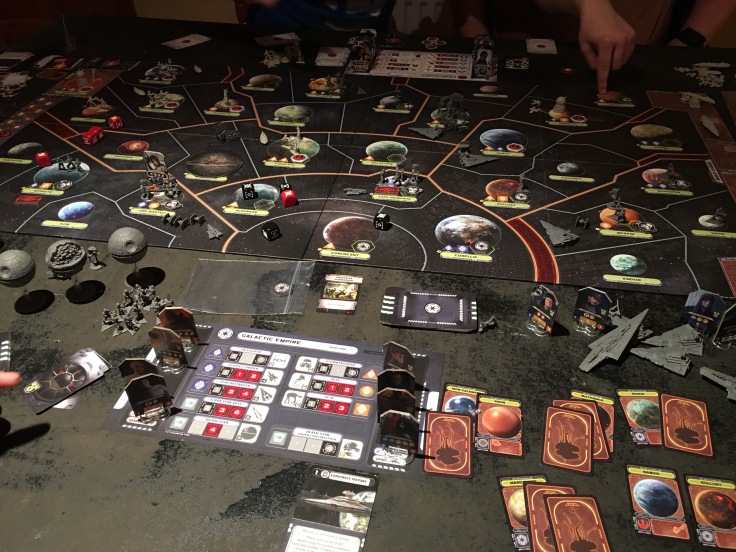 It’s still fresh but I think another visit to Star Wars rebellion is a must. It’s a hot ticket item at the moment (all the cool kids are playing it). After a week of thinking about the game I was ready for round two and this time it was to the biter end
As is our way we got a couple of rules a little wrong and fixed that right up in the next game. Rebellion is a lovely game. It’s a slick space opera which oozes theme. The closest to it would be war of the ring. A small bunch of good guys take on a huge lumbering all powerful baddie and hope to prevail through stout determination, guile and positive camp songs
If you read last weeks review on it you’ll know how it works here’s a few insights
1. Don’t lose you’re death star and don’t get cocky when you start blowing up planets with it. There are missions that’s allows the rebels to blow up this otherwise invulnerable wrecking ball
2. Logistics. You need transport for your imperials ground troops. You need boots on the ground to reveal the rebel base. As a rebel if you wipe out either you’ve done a good days work.
3. Don’t let the rebels get a foothold. It’s more important to stop then gaining loyalty than you gaining loyalty. 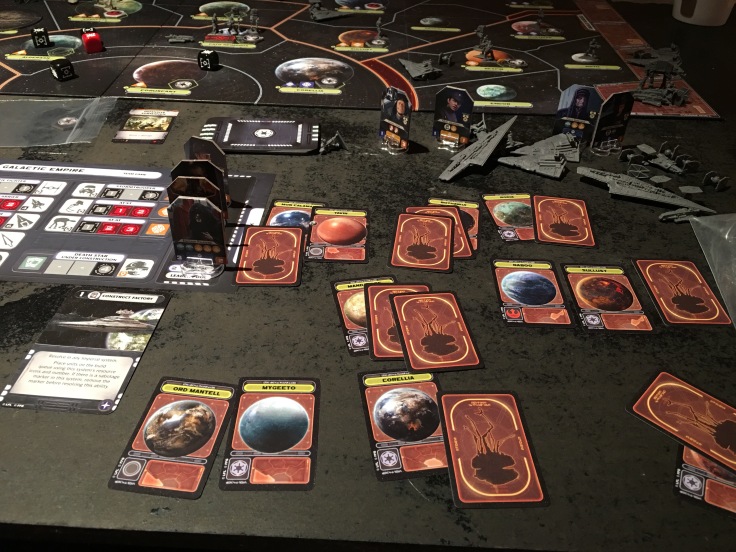 4. Capture rebel leaders if you can especially if you have interrogation missions. Even if you don’t hobbling a rebel leader reduces their actions by one.
5. Don’t rely on builds. It’s slow for stuff to pop off the production line and late in the game way to late plus getting it to the front takes time 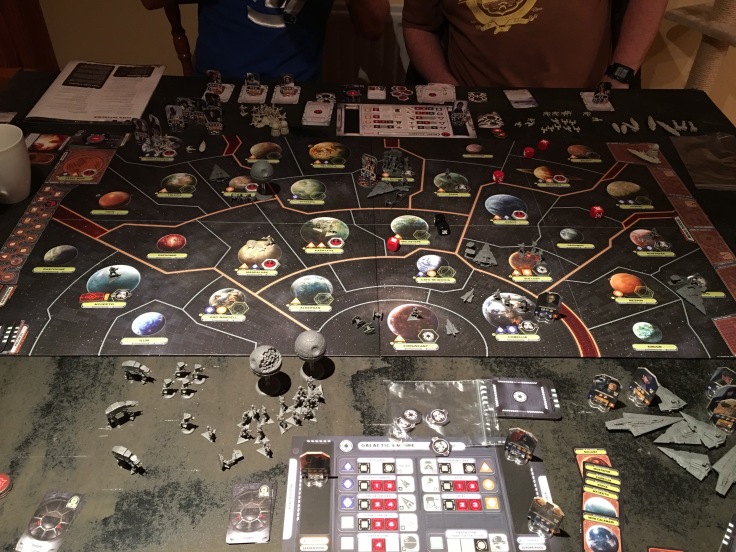 6. If you’re the rebels take chances. You’ll always be up against it. It’s unlikely you can win militarily so pick your battles
Have fun. I’m only scraping the surface with this game. There’s a lot to it and unlike McDonnells I’m loving it
See you all at Knavecon for a “quick” game
Huzzah
Vic