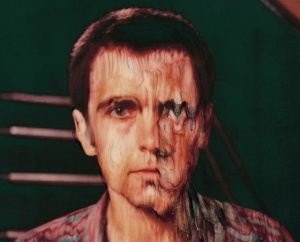 Occasionally I take a trip outside of the normal framework of Boardgames to examine something gaming related but not Boardgaming per se. As ever I ask you to indulge me and particularly for this post because by the dark gods this is so very very cool

I’m a Tech fan always have been. Not tech obsessed but I do like something clever and I’ve been keeping a weather eye on virtual reality and augmented reality for a very long time. Probably long before your dad stuck on the Barry white CD. My story started on Friday when a buddy of mine (there are no friends in gaming) texted me a picture with the caption “Buwahahhha”. The picture was a simple card board box with the words DEV 2 written on it

I rang straight away. “Is it setup yet?” “I’ll be around straight away”. As it turned out it was Saturday night before I could visit. Picture Indiana jones getting a text saying “Grail” that’s pretty much what it was like for me

Getting to my buddies house is no small feat. He lives Near the middle of nowhere, making it harder to get to that just old middle of nowhere. Up a hill along a goat track that passes for road. The bumpers and skirts of manys the foolish road car litter the path to his house. Several stalls and good run ups I stood outside his camouflaged house (it’s true) and coffee in hand (instant) we ascended to look at a new worlds 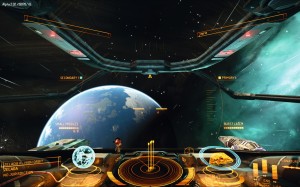 Ok my lead is a bit over the top but I’ve been waiting to see the Oculus rift for a long time and it would have been an anti climax if it has have been simple to attain.

The unit itself is surprisingly simple, lightweight and worldly. I slipped it on and WHAM!

I’m looking at a desk in relatively low Rez with a guy in a picture telling me the score.

My first impression was. Ok I can see the pixels. My second was holy shit I’m not in Kansas anymore.

I rolled through the demo. I’d say it was shocking but it wasn’t, my mind just accepted it. What WAS shocking was how the mind was tricked straight away into this new world. Now don’t get me wrong I knew it was a simulation. The resolution is just too low but it’s still startling.  The demo was something so close to horror I was waiting for something to jump out at me, it didn’t need to it was suitably creepy without the jolt.

Next up was Elite Dangerous. This was something else. The virtual cockpit blew me away and coupled with voice commands for the various Systems I really was in a different world. A very robust believable one.  Mental Note : Buy Elite Dangerous

A trip around the solar system in a different demo was very educational followed by a not so scary because it was early days walk around the ship in Alien Isolation.  The smoke effects and standing in front of other characters was stunning.

This is the future. I’ve know it for a long time along with the dogs on the streets. This is the reality we are going to game and inhabit in in the very near future. I got a brief glimpse and I wanted one straight away

The immersion was incredible. The resolution a tad disappointing but this was just a beta. It’s due for release next year. I’m delighted I got a preview. I’m still in awe

In the words of Billy Idol in the album you didn’t buy, Welcome to the future. Cyberpunk 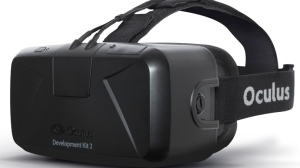