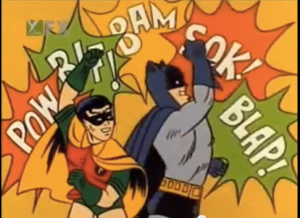 There is only one collectible card game I ever fell for and I fell hard. I will never love again or more accurately spend vast sums of money on one gaming system.  Oh don’t worry I got out of Magic at the right time and even made a tidy profit on my cards but by then I’d had my fill of CCGs.

I played Magic the Gathering back when Unlimited was the current set and the Virgin Megastore was the only place in the country you could pick it up. That changed quickly. I have no problem these days with living card games but for me anyhoe random collectables just don’t beep my jeep.  Although….. Marvel Dice Master DOES look interesting

It’s also new, fairly shiny and selling like hotcakes so if you are getting in on it, now’s a good time.  NOW NOW NOW!

So far I have played the sum total of ONE game of it. I plan to do a bit more at Brocon. I have fellow gamers who reckon THIS is the next big thing. It’s not overly expensive (although ultra rare cards are), it’s got a fairly straightforward mechanic and it feels a bit like magic, if you played a lot of jungle decks.  The quality of the components are OK.  They weren’t bad but they weren’t as good as I would have liked.  The cards I found a bit flimsy compared to other CCGs but they don’t get moved around a lot, it’s the dice that do the work and they’re fine, plain but fine.

The game itself is a mixture of dice and cards.  Each character in your team comes with a custom dice and a little like dominion you’re constantly trading up dice to get more power (in the case of dominion gold) to buy every more powerful characters so you can send them off to biff up your opponent or keep them at home to avoid a paddling.  This is a very simple overview of how it works and when I play it a bit more I’ll do a more detailed review.

It definitely has a certain something and you can put together a good deck/stack (is there a collectable term for a group of dice?) for around  €20

I’ll report back when I know more