I wasn’t a console kid. I grew up in harder times where If you wanted a game, well then you just typed the code from a magazine into your computer and If you were real posh you saved it onto a tape. We also lived in a rolled up newspaper, ate gravel for breakfast and our fathers would come home from mill and kill us in cold blood. But you tell that to kids these days and the don’t believe you
Nintendo have released a mini version of the classic Nintendo Entertainment System (not the SNES the original NES) its a tiny little thing with 30 games built in and apart from being able to add a second controller it has NO expansion capability including no extra games. You pays your money you take your chances. It also has pretty short cables so be prepared to sit near your TV
It’s slick with a simple and retro menu system giving you access to such old classics as Pacman, Bubble Bobble, Kirby’s Adventure and early Mario Bro games. If you’re a retro fan this is going to be a big hit for xmas. I got to play it on the release date with a few buddies and a few beers and it was bliss. I can’t remember the last time I partook of the simple pleasure of a console evening. 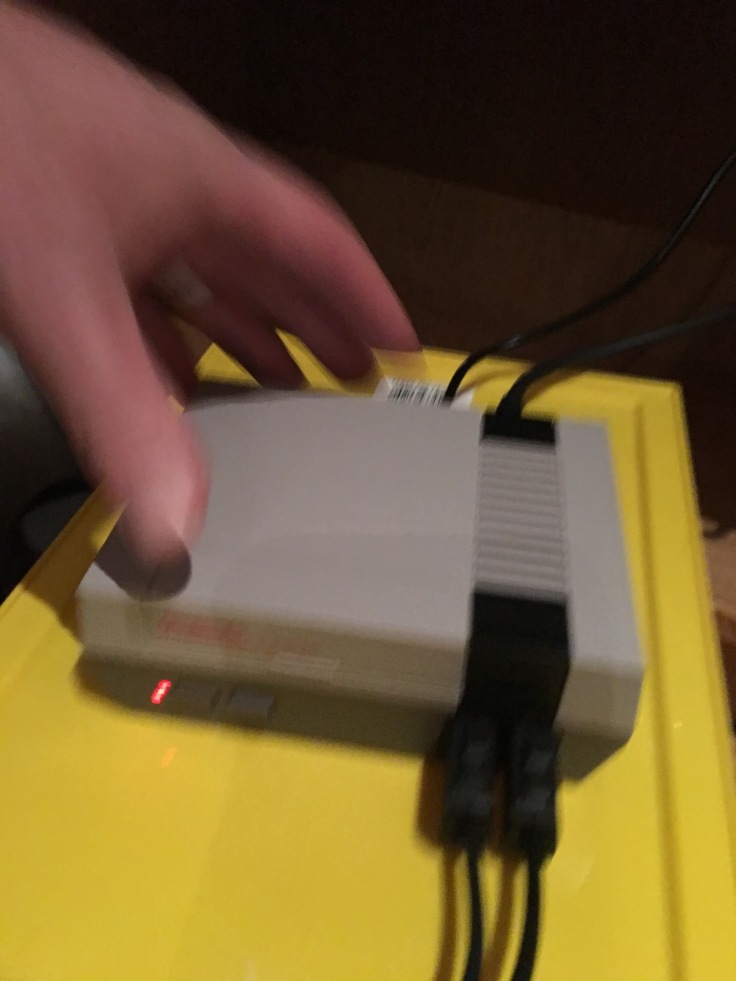 The games are a nice selection. All of them are from the 80s. They’re pure old school with limited 2d graphics and music a Nokia phone would blush at. All of them are nails hard which is a surprise for some. We didn’t mess around in the eighties. None of your second chance nonsense here.
This thing is purely a novelty. You’ll tire of it after a while but I can see people throwing it on every so often and despite the limited graphics there really was some depth to some of these old games. Sure you could set this up for free with an emulator but the old controllers are charming and the thing is cheap as chips (€60 or so)

This is a lovely slice of nostalgia and I understand the SNES is next on Nintendos list for rerelease. That’s something I really want to see. Until then this is a fun and worth the entry price of a good boardgame
Huzzah!
Vic