The dust has settled on another Knavecon and without doubt the biggest and best to date. A big thank you to the staff, a welcome to Drax v1.1 aka Frank.

We arrived. Went for breakfast and WALKED lesuirely down to the hall and got the party started. We had a great crowd, lot of new people who hadn’t been before. We had gamers from the UK and France, from the four rounded corners of Ireland and all points in between. 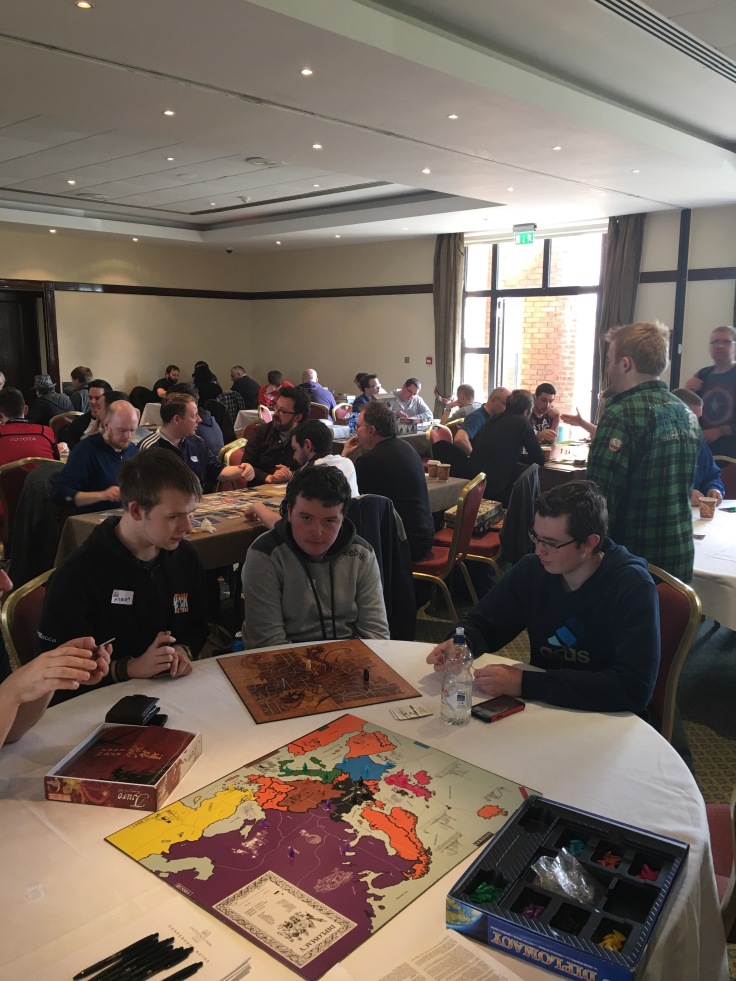 I’ve been delighted by the response from everyone who attended. The prizes for the raffle were really good.  Donuts sold out like well. Hot cakes. The buy and sell was good. Everything went as smooth as a lubed eel

Above all the atmosphere was magnificent and AND I got to game. By six everything has settled down so I partook of some really fun gaming. At two am I was challenged to a game of twilight struggle. Couldn’t turn it down. BEST game I’ve ever played. Lost it by three points at the very end but it was out of this world.

I didn’t leave until 4:30 and it was STILL going on


Thanks do everyone. We need more of this and we will have if. Roll on Knavecon 8. I can’t wait!