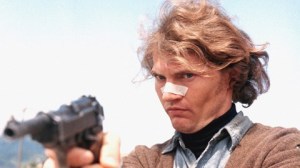 you’ve got to ask yourself one question: “Do I feel lucky?” Well, do ya, punk?  BEST LINE EVER (apart from all the other best lines ever)

Cash and guns or more correctly  Ca$h and Gun$ is a super little filler game. It’s been reprinted lately having been out of print for a number of years and being stupendously expensive for what is a fairly simple game at heart.

I had a crack at playing this some months back with the group using a set made of playing cards, kids guns and sticky back plastic. It was good but the real McCoy is much nicer.

It caters for four to eight players and it’s a short filler game. About twenty minutes and you’re done.  It’s a real goodie to round out an evenings gaming.

The whole sizzle of the game is the guns. It plays as a series of Mexican standoffs with everyone at the count of three pointing their natty foam guns at each other. I can only assume the foam guns are there after playtesters understandably pistol whipped each other with more solid versions.

So having seen whom or more likely multiple whoms are pointing at you on the count of three players get to chicken out or stand their ground.

Those remaining brave and un holed get to share a central pile of loot, which gets redrawn each round

Rinse and repeat for eight rounds and whomever has the biggest wad at the end, is the winner. 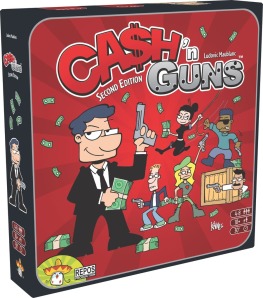 Throw in a few extra rules and you have different character types that can take more hits, steal more of the stash and you have a recipe for all out fun

It’s a blast (literally).  There’s a bit of luck in there, there’s a lot of old rivalries come to the fore when playing.  There’s guns, did I mention guns? There’s cash.

I talked about the live version of this some time back, this is a similar animal and it retains the same fun elements from it’s bigger cousin.  I lost btw, way too fool hardy and shootable, that said I didn’t lose as bad as the owner of the game who has after a dozen plays NEVER, EVER made it to the end without being killed.

Then again a man’s GOT to know his limitations 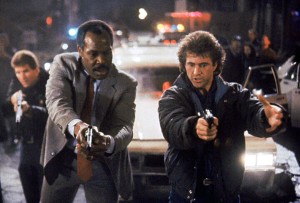